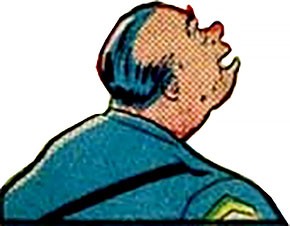 After Eel O'Brian repented of his criminal ways while recuperating from injuries in a monastery, he became the super-hero Plastic Man. His first mission as a hero was to apprehend the gang he had been part of, led by crime boss Skizzle Shanks. Plastic Man apprehended the gang and used his stretchable arms to deposit them in a Mammoth City police station.

As the police sergeant in charge of the police station saw the crooks crash through the window, being held by Plastic Man's arm, the sergeant exclaimed: "B'gorra! Skizzle Shanks an' his mob!"

The word "begorrah" is an Irish English euphemism for "God," and it is used to indicate someone of Irish Catholic background. The expression has its etymological roots in the phrase "by God." In the Irish counties of Kerry and Cork the word is used to mean "Holy mother of God."

Upon seeing the criminals, Clancy (a cop working under the unnamed Catholic sergeant's command) demanded of the criminals: "Out with it! Who brought you here?"

A frightened Shanks answered: "W-w-we don't know! He was a-a man of rubber!.. A plastic man!!"

The unnamed sergeant found this hard to believe. He said: "Plastic Man?? You're nuts! Take them away, Clancy!" 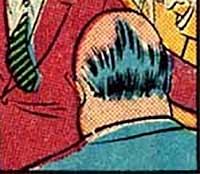 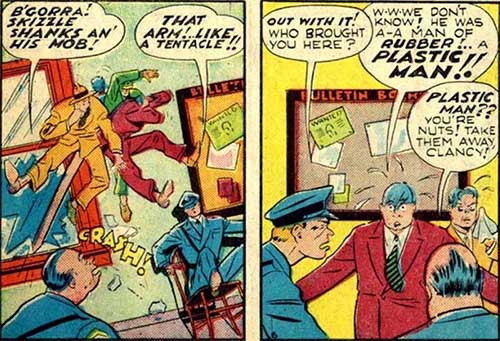