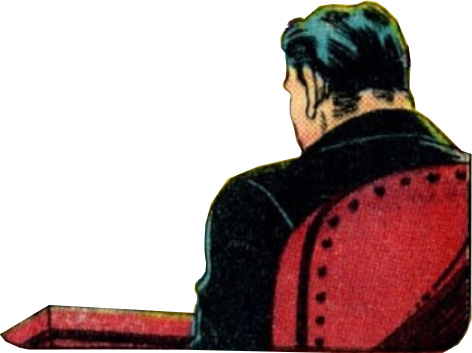 Defended or Helped by: Steele Kerrigan

A prison warden (whose name was not identified in the story) played a pivotal role in the life of Steele Kerrigan. Kerrigan was a basically normal, decent man who ended up arrested and sentenced to ten years in prison for being a lookout for a gang of thieves. (He was basically tricked into being the lookout, and he never felt like his sentence was justified.)

Three years into his prison term, circumstances arose that led to Kerrigan saving the life of the prison warden who oversaw the prison where Kerrigan was incarcerated. There was a prison riot, and the warden would probably have been killed had it not been for Kerrigan risking his own life to save the warden. This heroic act, for which the warden was supremely grateful, along with Kerrigan's good behavior as an inmate, led to a quick early parole. Back on the streets, Kerrigan faced many trials because people still viewed him as an ex-con, but he acted as a hero to help others and fight crime. 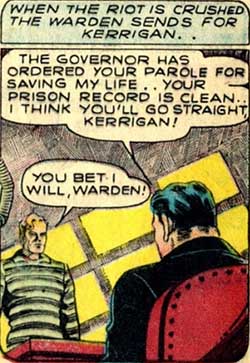