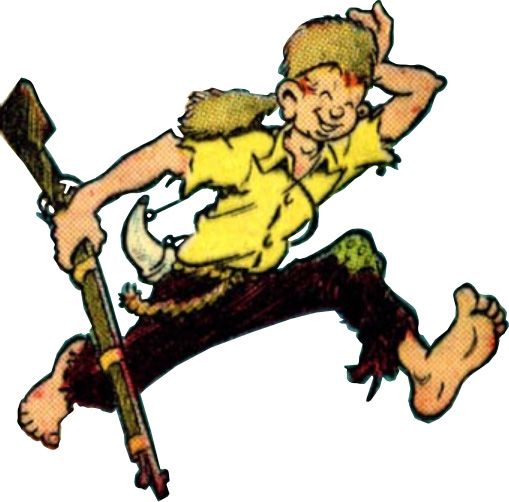 The Religious Affiliation of
Dewey Drip

Note: loves feuding; was excited to be drafted

Like most people in his community, Dewey Drip was a Protestant - at least nominally. Protestant Christianity did not seem to be a big, overt part of his life. In terms of culture, he was through-and-through a hillbilly.

When Dewey returned home for the first time from basic training in the U.S. Army, he wanted to marry his sweetheart, Lulubelle. He initially went to the justice of the peace, who informed Dewey that the license he had purchased was a hunting and fishing license, and not a marriage license. In the next episode, we see that Dewey has asked the local Protestant parson to perform the marriage. This is one way that we know that Dewey and his family were Protestant - at least nominally.. 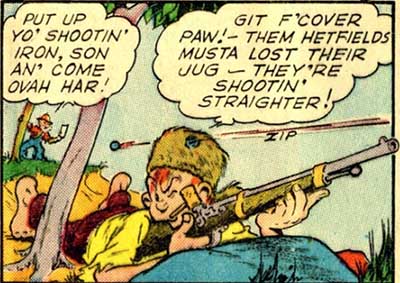 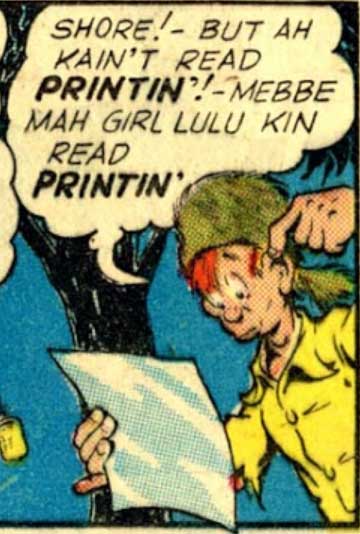 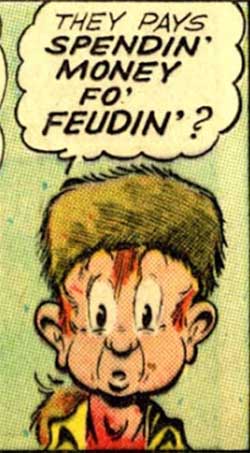 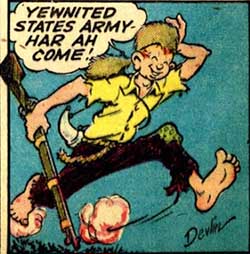 This character is in the following 80 stories which have been indexed by this website: