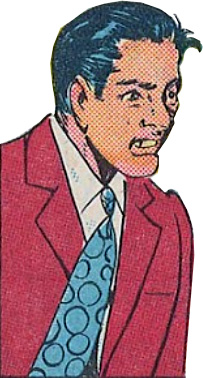 Note: tried to get State Dept. secrets from Don Borden

Two spies, whose names were never revealed, attacked State Department official Don Borden while he was walking outside with his girlfriend, Sandra Knight. They temporarily knocked Knight out, and kidnapped Borden. The spies planted evidence at the scene to make it look like Knight herself was responsible for kidnapping Borden.

Sandra Knight recovered quickly, but not quick enough to prevent they spies from getting away with Borden. Knight changed into her Phantom Lady costume and tracked down the spies, where they were in a hideout trying to force Borden to reveal State Department secrets. One of the specific secrets they wanted to obtain from him was indicated when one of the spies demanded of Borden: "What diplomatic code is the State Department using next week?"

Borden and Phantom Lady were ultimately able to defeat the two spies, but the pair proved to be quite formidable.

To be clear, there are only two spies/kidnappers in the story. The coloring of their suits is simply inconsistent. 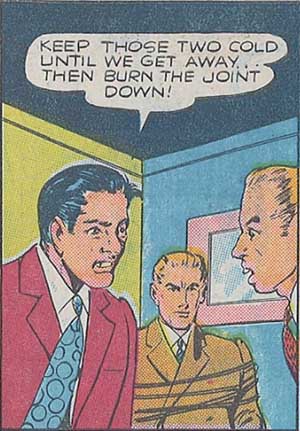 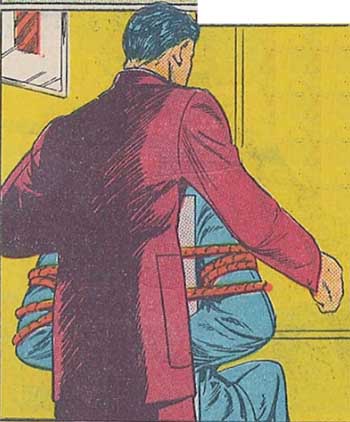 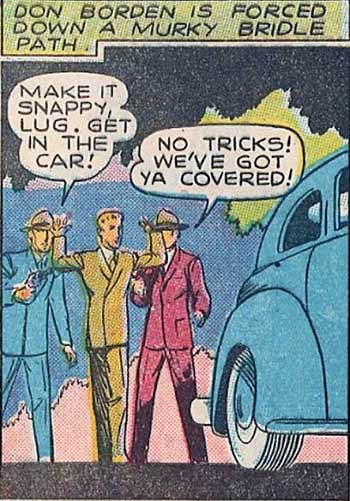 Suggested links for further research about this character:
- https://www.comics.org/issue/1723/