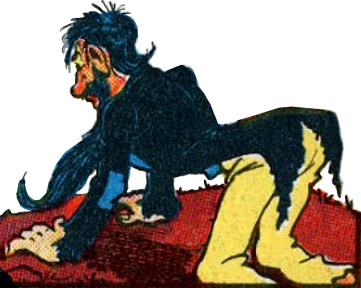 The Religious Affiliation of
Peter Polecat

Peter and Paul Polecat - the "Polecat twins" - were twin brothers who were neighbors and rivals of Dewey Drip, the hillbilly star of a one-page humor strip that appeared each month in the early issues of Police Comics.

The Polecat twins were first seen (athough their first names were not yet revealed) in Police Comics #2. They appeared as two hillbillies who seemed intent on hurting Dewey Drip. One of the twins approached Dewey, and said: "Dewey, we uns is goin' t'play football..."

The other twin continued the thought with a violent twist, saying: "wiv yo' haid fo' the ball." Like Dewey, the twins speak with a heavy accent. What they meant was that they were going to play football using Dewey's head for the ball.

Dewey is quite a fighter, though, and he easily beat them up. Dewey then took the twins to the Army recruitment office as an example of his fighting prowess.

Note that in this initial encounter, Dewey calls the twins "skonks," which is how he pronounces "skunks" in his heavy hillbilly accent. This is not a random insult that Dewey calls other people. He specifically refers to the Polecat twins as "skunks" because "polecat" is a word commonly used in the South for skunks. Two panels later, Dewey refers to the twins by their actual last name: "Ah jus' got a idea! -- These ornery Polecats done me a favor wivout knowin' it!"

In Police Comics #5, the Polecat twins have impossibly long beards, while they had no beard or very little beard in their first appearance. The time that has passed between their appearances is the time between when Dewey Drip joined the Army and went to basic training, and returns home for the first time. This was probably only a matter of months. It does not make rational sense that the Polecat twins could have grown such long beards during that time, but this is a humor strip, and there is much about it that doesn't make rational sense. The long beards they sported in their second appearance were used as part of a funny gag in which Dewey tied them up in a tree by their beards.

When Dewey returned home for the first time, on leave from training, he found that Lulubelle was engaged. His mother explained about the letter. Of course Dewey had not written the letter. (He doesn't even know how to write.) Dewey tied Peter Polecat (to whom Lulu was engaged) up in a tree to his brother, using the twins' long beards. He then went to the justice of the peace with Lulu to marry her. (Although as it turned out, the license he had purchased was a hunting and fishing license, not an actual marriage license).

Like most people in their community, the Polecat twins were Protestant, at least nominally. The twins were familiar with the local Protestant parson who Dewey and Lulubelle asked to perform their marriage ceremony. 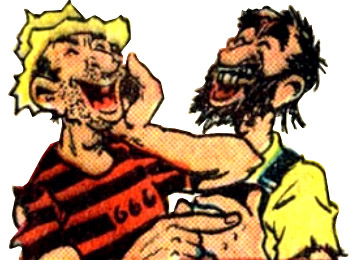 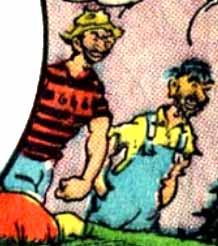 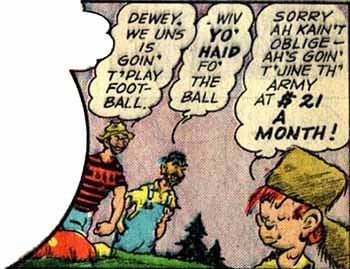 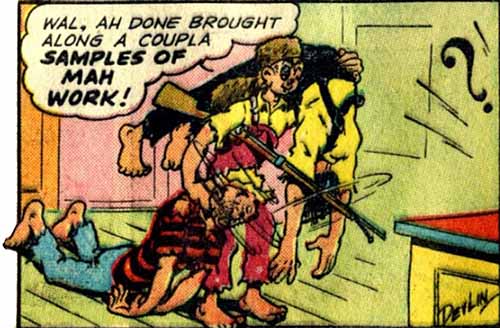 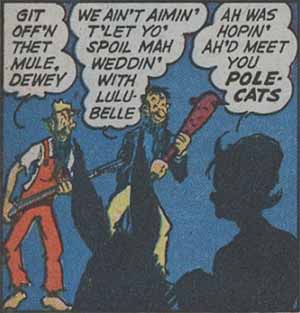 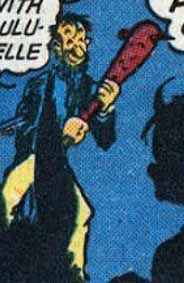 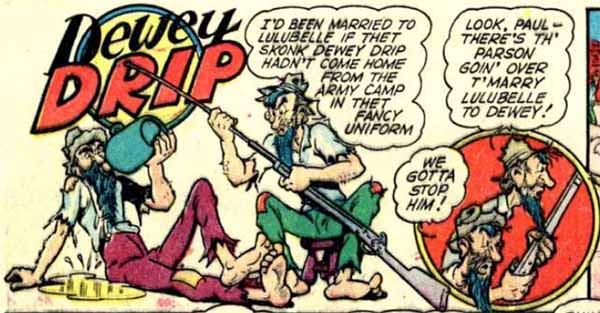