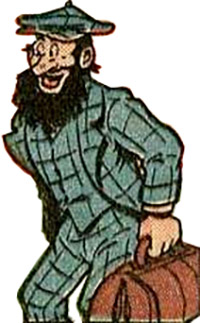 Note: visited Dewey Drip on base, unknowingly looking like Hitler

An unnamed traveling corn cure salesman left news magazines with the Drips. When Paw Drip's cousin, Whiskers, was preparing to visit Dewey Drip on base, Maw Drip suggested he shave of his extremely long beard. He shaved and referenced the magazines in order to know "what style them city fellers wear their whiskers." Unfortunately, the illiterate Whiskers did not realize he was looking at pictures of America's greatest enemy, Adolf Hitler.

Whiskers shaved off his beard completely. He cut his hair and trimmed his moustache so that he looked like Adolf Hitler. Unfortunately, when Whiskers showed up at night at Dewey's base camp to visit him, the soldiers there thought he was Hitler himself! 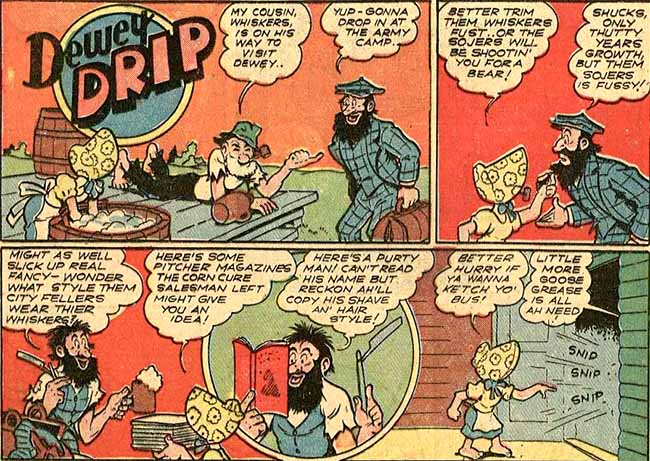 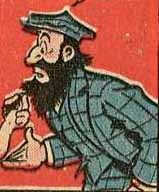 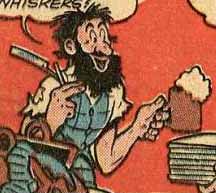 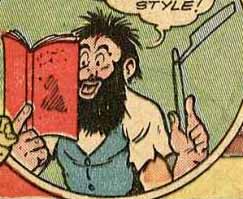 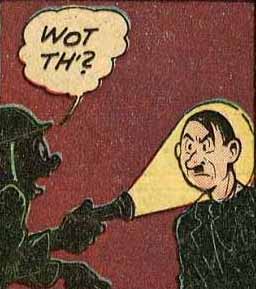 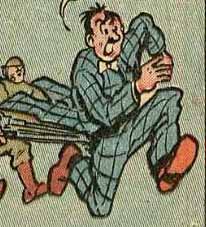 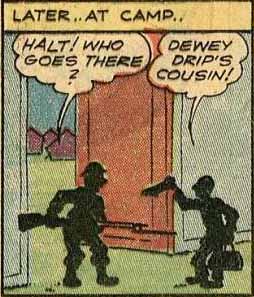