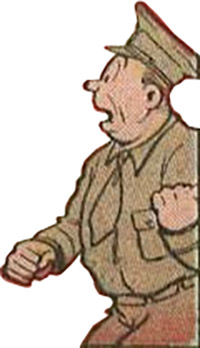 Note: work at Draft Board office where Pappy tried to join Army

After Dewey Drip joined the U.S. Army, his elderly grandfather made the surprising choice to join the Army as well. Dewey Drip's grandfather, who is known as "Pappy" went to the Draft Board office in Hog Hollow.

The recruitment officer laughed when Pappy said he wanted to join the Army. At an age of 106-years-old, he was too old, the officer said. Pappy tried to prove the officer wrong by demonstrating his precision marksmanship. He shot the buttons off the suspenders worn by Banker Boggs, who was standing down the street from the Draft Board office.

The recruitment officer admitted that Pappy's marksmanship is excellent, but pointed out that a man of Pappy's age lacked the strength for Army life. Pappy responded by lifting the officer - in his chair - up over his head with one hand, while lifting his desk up over his head with another hand - and claiming he could lift a fat uncle as well, if he had one.

Pappy asked the recruitment officer if there was any other reason he couldn't join up. The officer said he could think of 66 reasons. Then they looked out the window where scores of Pappy's children were asking for him, saying things like they wanted a penny or they were hungry or "Mawm" wanted Pappy back home. It is not clear if ALL of these people are Pappy's children, or if some of them are progeny of other sorts, such as grandchildren. But it was clear that Pappy had a lot of mouths to feed! 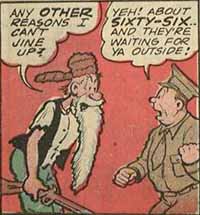 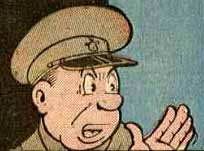 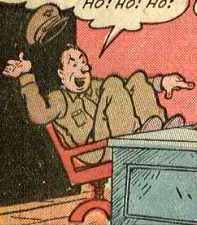 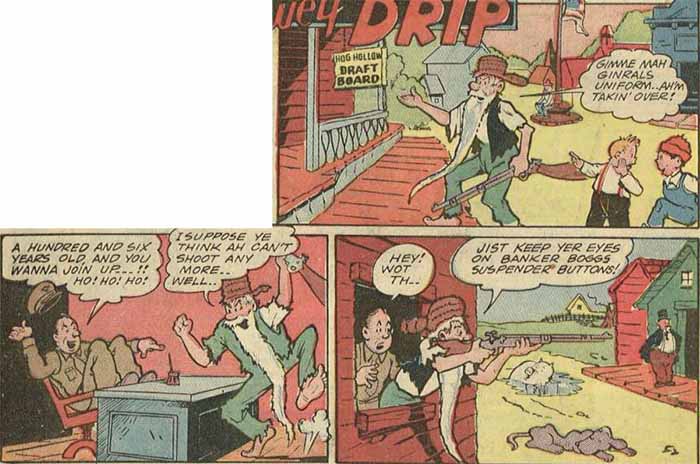