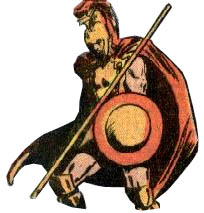 The Religious Affiliation of
Achilles

Other Names: Achilles I

Son of Peleus and Thetis, great-grandson of Zeus, granted invulnerability by exposure to the waters of the river Styx, except his heel by which his mother held him.

The Greco-Roman Olympian hero Achilles first appeared in Marvel Comics in Thor Annual #8 (1979). He later was featured prominently in the Ares limited series, in issues 3, 4 and 5.

The DC character known as "Achilles" and also known as "The Olympian" appears to have a distinct origin from the classic Greco-Roman Achilles, and thus we are regarding him as a distinct character. 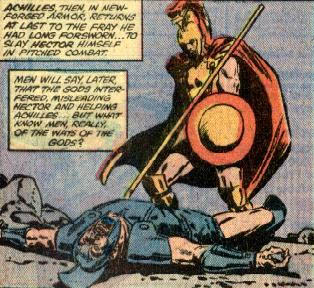