Enemy of: The Justice League

The African god of trickery Anansi also appeared in at least three Elementals comics, published by Comico. The first appearance of Anansi in a Comico comic was in Elementals (vol. 2) #26 (Apr. 1993), written by Jack Herman, penciled by Tony S. Daniel, and inked by Pam Eklund.

Spider-Man encountered a religious sect known as the "Spider Clan" in Peru, whose religion was apparently primarily Incan. But they worshiped a spider deity known as The Great Weaver. This deity was first mentioned in Peter Parker: Spider-Man Annual 2001. At that time, it was not readily apparent that there was a connection between Anansi and "The Great Weaver." With subsequent Spider-Man stories -- including those written by J. Michael Straczynski and the storyline known as "The Other--Evolve or Die" -- it became more clear that "The Great Weaver" is indeed Anansi. This may not have been the intention of Fiona Kai Avery, who wrote Peter Parker: Spider-Man Annual 2001, but this seems now to be an accepted fact. 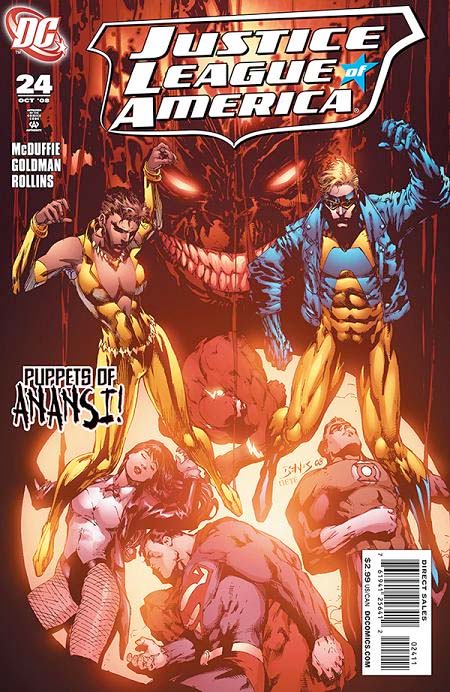