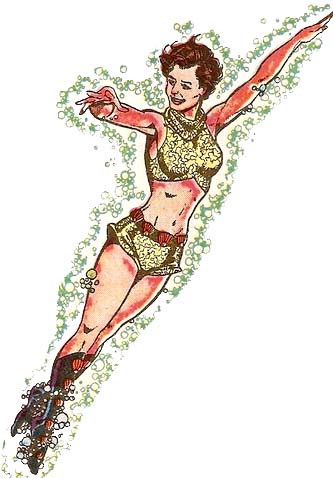 The Religious Affiliation of
Aquagirl
Tula 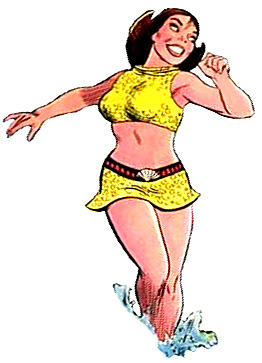 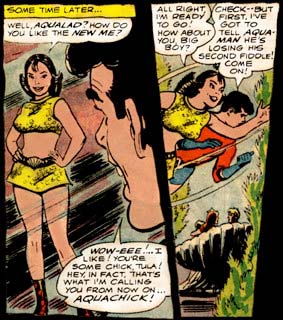 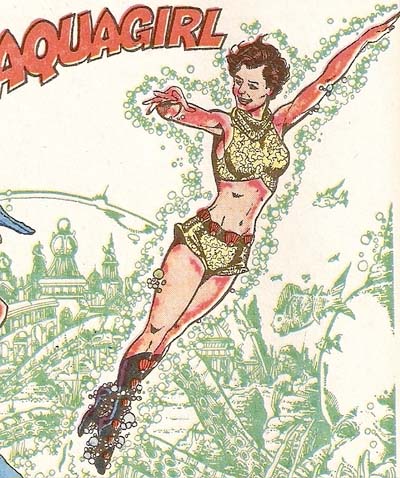 From: "Which superhero would be the best Muslim?" forum discussion, started 17 January 2006 on the Muslim Student Association: University of South Florida website (http://www.msausf.org/MSAUSF/forums/467/ShowPost.aspx; viewed 4 June 2007):

Which superhero would be the best Muslim?

Salam. Me and Momodu were speaking to each other over some delicious baklava and coffee about which superhero would most likely be Muslim. I would say Batman is most likely to be a great Muslim because he practices great self-restraint when it comes to alcohol consumption, and fornication mashallah. Also, Batman does not eat pork because it slows him down in his nightly crusades against Joker and other foes. Also, he does not have time to backbite or gossip or engage in other forms of fitna because he is too busy cleaning the Batcave and changing the oil in the Batmobile. Thank You.

Momodu, on the other hand, says the Hulk would make an amazing Muslim because he always keeps his gaze lowered. Also, Momodu says the Hulk's purple pants somehow always manage to cover his a'ura, as in his body from his belly button down to his knees. Please dont be shy about showing your feelings. No one is here to judge you and all your postings are welcome.

P.S.
DC and Marvel superheroes are both welcome

How about Aqua Girl...she always has wudu.

Or Invisible Woman... her awra is never showing.

Or Sailor Moon who saved a cat who was being tortured, and in which the cat gave her special powers to be a soldier for love and justice, principles of Islam.

The best superheroine is SHE-RA, she can horseback ride which is sunnah, and in addition the horse turns into a flying unicorn which is similar to the creature that took RasulAllah (saw) to Jerusalem. Oh yeah and she knew how to use a sword... Her and her friends fight to protect and free Etheria from the grasp of the evil Hordak, so they have a mission to spread peace and order in their ummah.