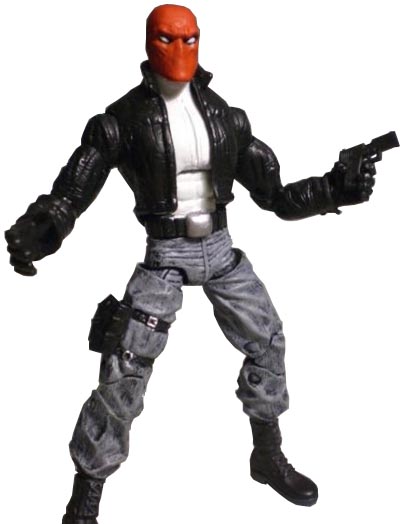 The Religious Affiliation of
The Red Hood
Jason Todd

After Batman apparently died at the conclusion of the 2008 "Batman R.I.P." storyline, Jason Todd took upon himself the mantel of his former mantel. Todd debuted in a redesigned Batman uniform in Batman: Battle for the Cowl #1 (May 2009). The identity of this new ultra-violent and often lethal "Batman" was not initially revealed. But in the next issue (Batman: Battle for the Cowl #2), Dick Grayson correctly deduced that Jason Todd had taken up (or "stolen", as he put it) Batman's mantel.

Jason Todd's term as "Batman" was a very short one. Bruce Wayne's original sidekick, Dick Grayson, confronted Jason Todd and defeated him in battle. Jason Todd disappeared for a time, while Grayson himself donned the mantle of the bat as the new Batman.

This character is in the following 25 stories which have been indexed by this website: