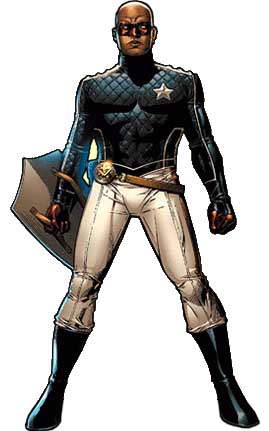 Well, anyway, I was thinking of an idea for a UN-sanctioned super hero team with representatives from different countries, and one of them is a female telepath from Turkey... named Sultana. And I suddenly realized that for the life of me I can't think of a single Muslim super-hero from either Marvel or DC.

Josiah X, from Marvel's The Crew (and the son of the black Captain America from The Truth), was Muslim. He was a Muslim preacher, in fact.

And although I don't think it's been confirmed, I'd say there's reason to believe that Patriot from Young Avengers might be Muslim, since Josiah X is his uncle.