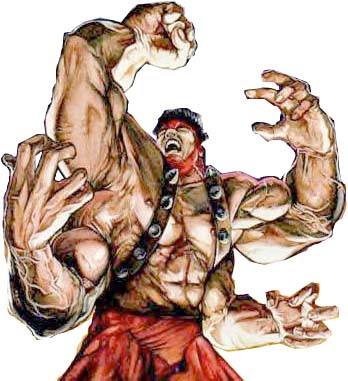 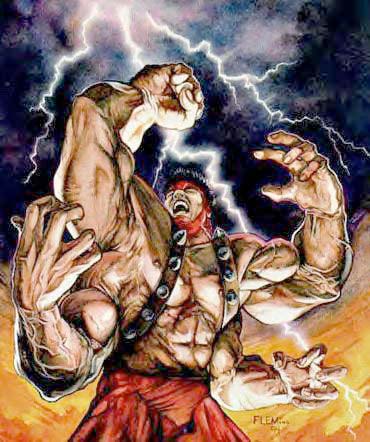 Codename Etymology: Pronounced fôr-ärm' [From Middle English, "before" + Old English, earm]; The section of the arm between the elbow and the wrist.

Powers: Forearm, like Barbarus, has four arms and is very strong. He is one of the few decent members of the M.L.F., and was good friends with Dani Moonstar. His last name has been given as both McCain and McBride, hence the confusion.

Though Forearm was apparently killed by Anaconda (via a broken neck) in the "Bloodsport" tournament in Madripoor, he has since reappeared. It is possible that his neck was only sprained, not completely broken, or he had access to a healer.