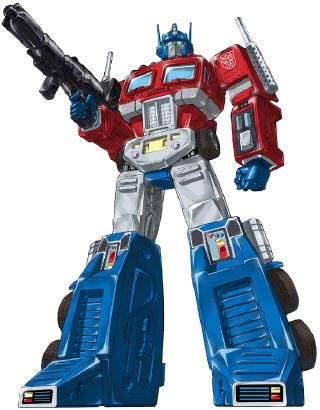 The Religious Affiliation of
Optimus Prime

Despite jokes from an episode of the TV series Family Guy and a few other places, Optimus Prime is NOT Jewish. He HAS been shown (in the feature film as well as in comics) to be a fairly religious and orthodox adherent of the Transformers' traditional religion.

"Convoy" and "Orion Pax" are Optimus Prime's names in Japanese.