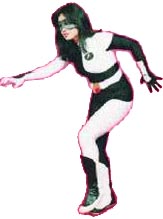 Saras 008 is apparently one of the most popular superhero characters in Indonesia, starring in comics, novels, films, a TV series, etc. It is difficult to find information about the company or companies that publishes her stories, particularly because most information about Saras 008 is NOT in English. She is truly a native Indonesian creation.

As far as I can tell, "Grasinda" is the name of the distribution and/or production company shown on the DVD covers for the Saras 008 DVDs pictured online. 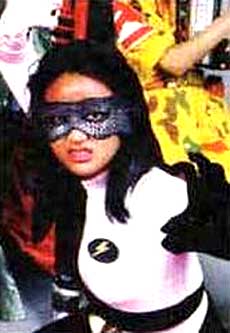