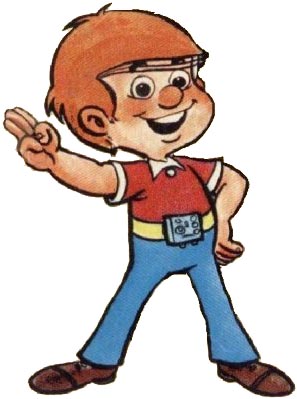 One of Chile's most popular comic book characters. Has been featured in comics and a film adaptations: Ogu and Mampato in Rapa Nui, he first Chilean animated feature film.