The Religious Affiliation of
Cain

Cain is the son of Adam and Eve. He famously killed his brother Abel. The contemporary version portrayed in DC and Marvel comics is presumably that same Cain, now reincarnated... or is it?

For decades, Cain and Abel were the respective "hosts" of the EC-style horror comic anthologies House of Mystery and House of Secrets. Later appeared in many issues of Sandman, 1989-1995. Based on Cain described in the Old Testament. Ambiguity about whether he is same person.

Long after DC Comics and Vertigo presented a version of Cain who was an important part of the House of Mystery, Marvel introduced a character named Cain who is the owner of the "Boarding House of Mystery." This character appeared in Howard the Duck comics and is an obvious homage or parody of DC's Vertigo version of Cain. Because this is essentially the same character, we have combined the DC and Marvel versions of Cain into one record.

Marvel's Cain first appeared in Howard the Duck (vol. 3) #s 3 through 5, by written by Steve Gerber, with art by Glenn Fabry and Phil Winslade. He apparently only appeared in these three Marvel comics thus far. 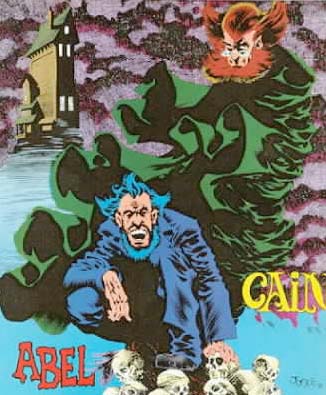 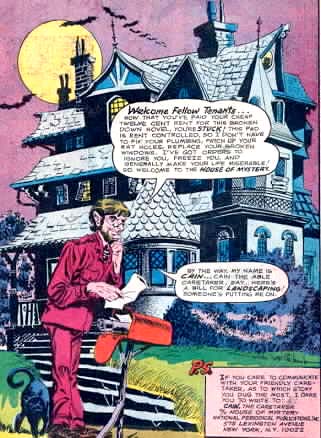 The House of Mystery

The House of Secrets