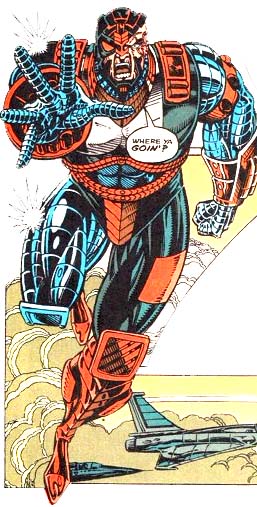 This version of Deathlok was made for the U.S. Army by the C.I.A.'s Deathlok-program co-head, Harlan Ryker, after studying Luther Manning's cyborg body. The Kelly Deathlok later became known as Siege.

Biohazard was formed partially from the remains of the mind of John Kelly.