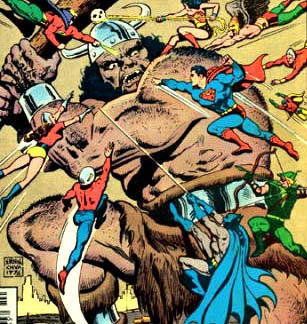 Teams/Affiliations: The Monster Society of Evil

In prehistoric times, King Kull is ruler of the Submen, a brutish but technologically advanced race which rules humanity until overthrown in a revolt. Kull survives until the 20th century in suspended animation, then awakens and repeatedly threatens the human-dominated modern world with his immense strength and bizarre technology.