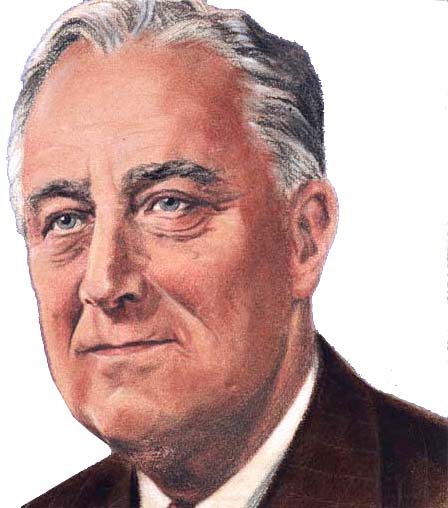 Earliest Appearance Listed in This Database: Cash and Carry (1937) - film 25 in The Three Stooges series

TV, Film Appearances As Himself: 266

Roosevelt was seen in Justice League of America #208 (Nov. 1982). However, this was probably not the first time he was depicted in a comic book published by DC Comics.

This character is in the following 28 stories which have been indexed by this website:

America vs. the Justice Society