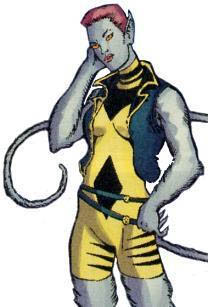 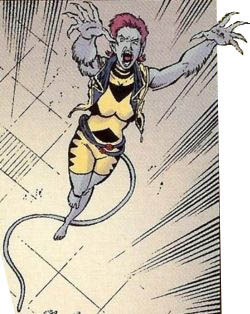 Powers: Like her sister Feral, Thornn is a catlike mutant with fur, claws, heightened senses and agility and a tail. Although she joined the Brotherhood of Evil Mutants, she left after a short time. When she was accused of murdering her family, Thornn helped Cable and X-Force bring her sister Feral, the true murderer, to justice.

Months later, Thornn (sporting a new short haircut), was recruited into the X-Corporation's Mumbai, India office, along with her sister and James Proudstar.