BELOW: Rockslide starts to say that being struck by teammate Dust in her sandstorm form feels almost "sexual." But Dust, a devout Muslim with a clear sense of morality and propriety, firmly warns him not to say finish the sentence. 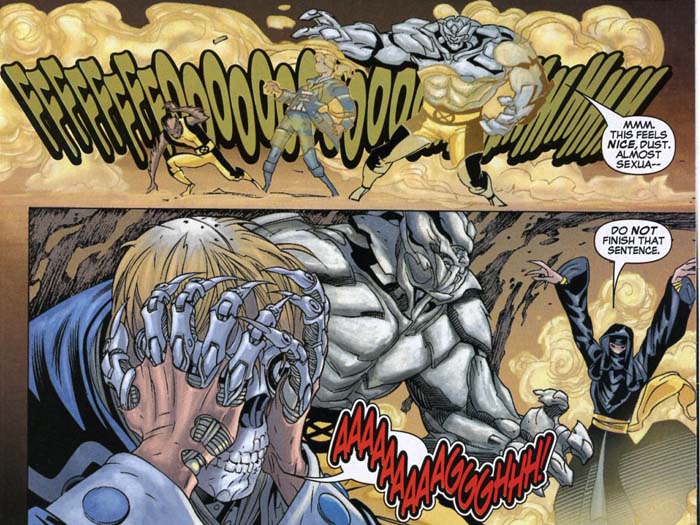 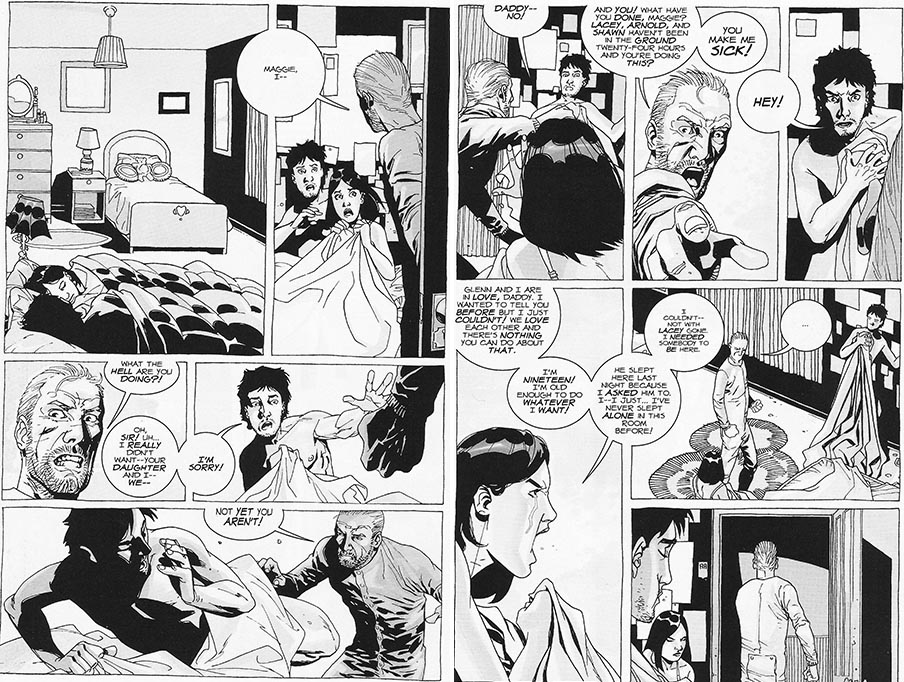