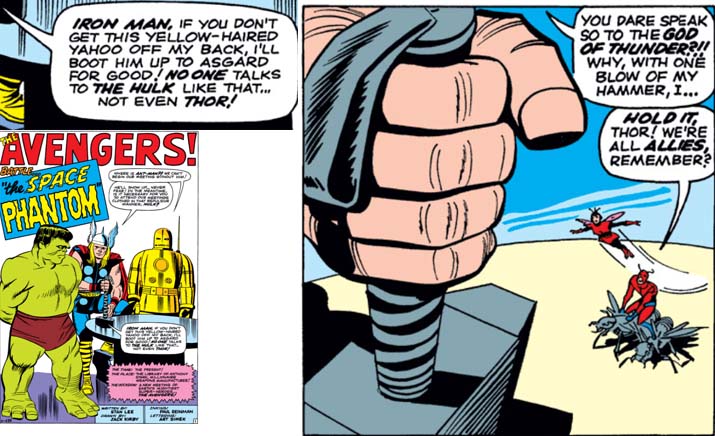 BELOW: Thor once again refers to himself as "the God of Thunder": 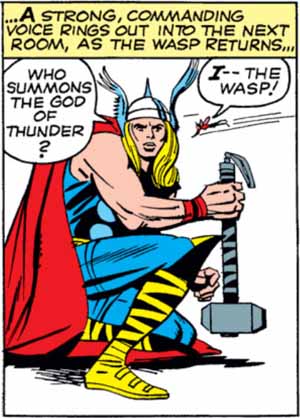 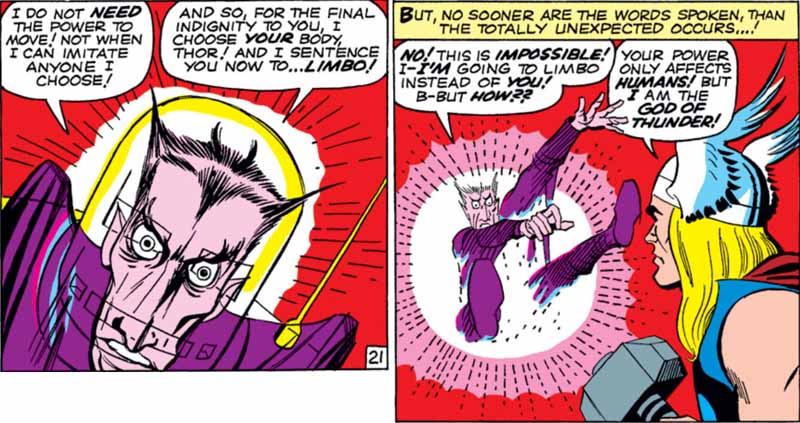 BELOW: Monsters regarded Mole Man as their god: The Mole Man tells the Fantastic Four that he was once a respected scientist, but everybody ridiculed him for his belief in the existence of Monster Island. Once he actually found the island, he discovered numerous strange and largely mindless creatures. He explained that they came to regard him as their god.

BELOW: Nick Fury is not comfortable citing the "Norse thunder god" as a source of information:

"Okay," Fury said. "Let' say I believe you. How do you suggest I explain to the congressional inquiry that I knew I had to do it because of the word of the Norse thunder god?"

Thor put away his smile. "Is that the worst problem you can think of?"