1 characters in this story:

Mohinder Suresh: [narrating] When a change comes some species feel the urge to migrate. They call it "Zugunruhe", a pull of the soul to far away place, following a scent in the wind, a star in the sky. The ancient message comes calling the kindred to take flight and gather together. Only then can they hope to survive the cruel season to come.

The woman shown is wearing a hijab. She's probably Muslim. 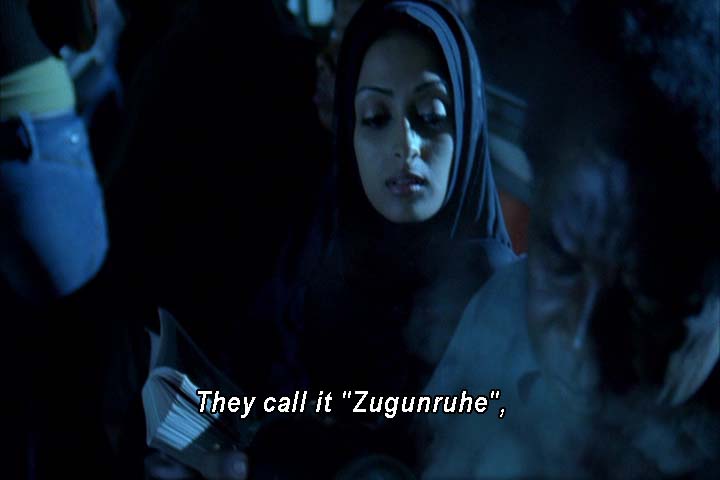 [The following conversation was translated from Japanese.]

Hiro Nakamura: We got beat up because you made us cheat at gambling. Using my powers for personal gain. That's the Dark Side.

Ando Masahashi: Not being broke is the Dark Side?