8 characters in this story:

BELOW: Clark Kent tells Lois Lane he learned from medicine man in Fiji: 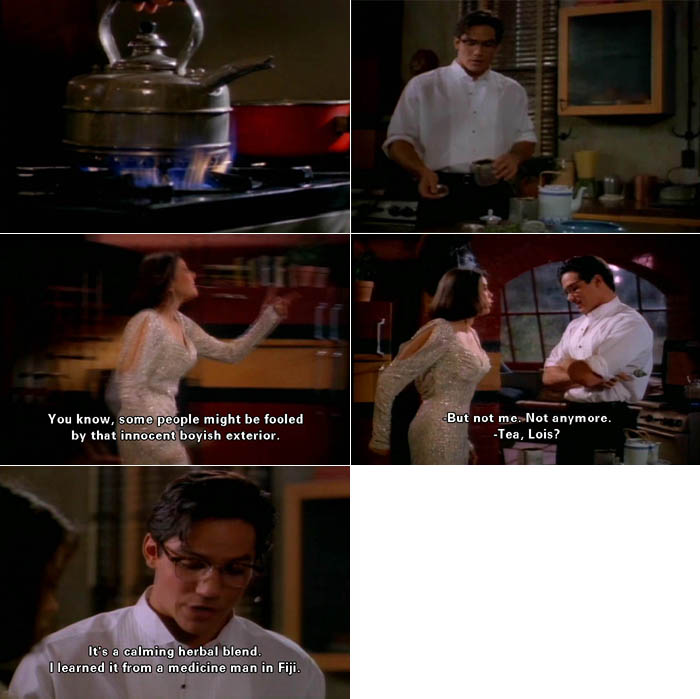 Timecode: 26 minutes, 59 seconds: Clark Kent is in his apartment boiling water on the stove and preparing tea. Lois Lane, still wearing the dress she wore in her undercover role as a singer in a jazz club owned by mobsters, barges into Clark's apartment. When the boss at the club discovered Lois and Clark together in a back room, Clark felt he had no choice but to expose Lois as the "spy" who was finding out inside information about the goings-on there. Clark was also undercover, posing as "Charlie King," a new bartender. By exposing Lois, he managed to maintain his own undercover role. But Lois is angry, nonetheless.

Lois Lane: You rotten, backstabbing piece of slime. You know, some people might be fooled by that innocent boyish exterior. But not me. Not anymore.

Clark Kent: Tea, Lois? It's a calming herbal blend. I learned it from a medicine man in Fiji. The secret is the fresh mint.