22 characters in this story:

Reprints of this comic: 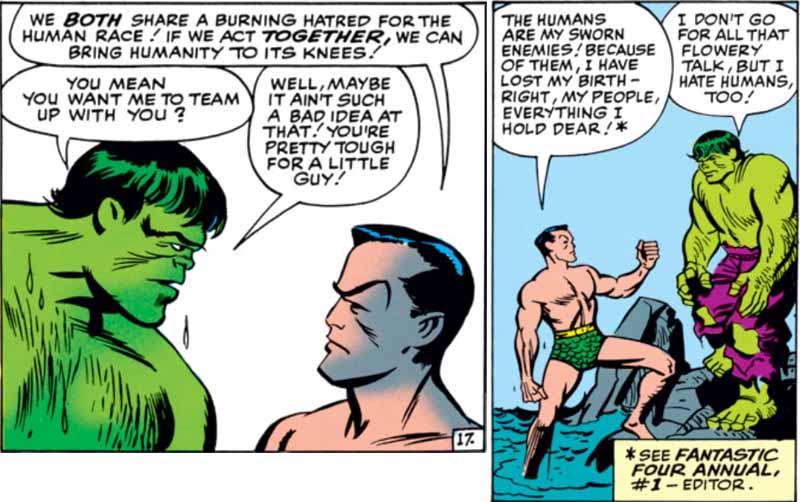 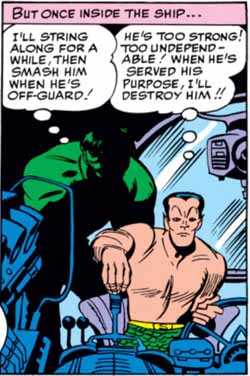 BELOW: Thor invokes Asgard: In an utterance which seems as though it might be the equivalent of "By God" for an American, the Norse god Thor invokes his homeland, Asgard. Asgard is the mystic realm of the Norse/Teutonic pantheon of deities. 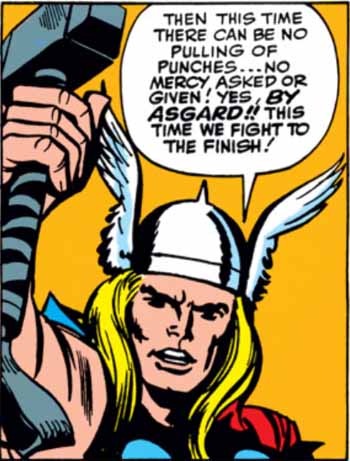 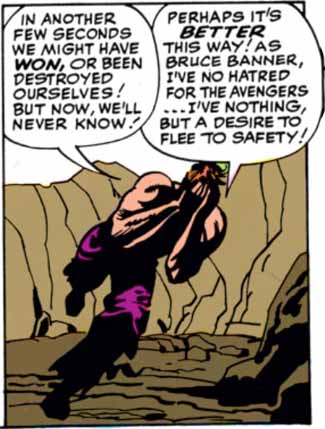 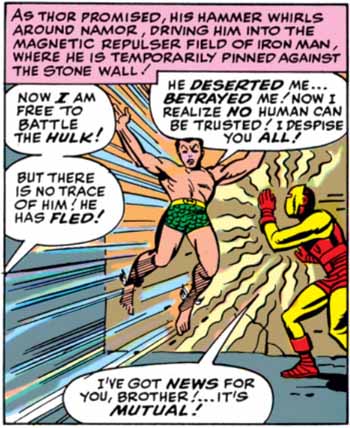 BELOW: Namor to the Avengers: "I pray we meet again!": This may not be the most sincere ever prayer uttered. It's probably not really a "prayer" at all. Namor is actually hoping for another chance to battle the Avengers and exact his revenge against humanity.