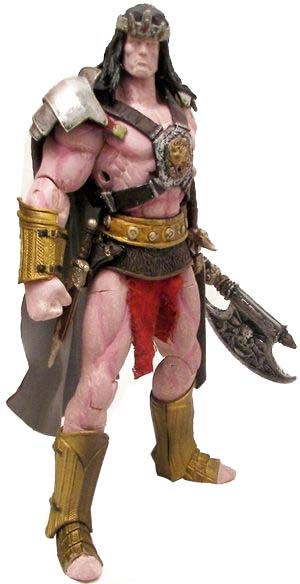 Other Names: Kull of Atlantis; Kull the Conqueror; Kull the Destroyer; Kull the Barbarian; Kull

Religion in the Days of King Kull
by Rusty Burke

(Written in response to a comment that Kull worshipped no gods, and did not seem particularly religious.)

Valka was recognized almost universally in Kull's day as the primary deity. Kull refers to him as "god of the sea and the land" (SK 18 [see references at end of article]) and "Almighty Valka" (SK 34); Khor-na of Atlantis says "Man is Valka's mightiest creation" (EA 9); and even Thuron, the high priest of The Black Shadow, who rants about the "real gods," "dark and bloody," and The Unnamable One symbolized by The Black Shadow, allows as how Valka is "god of all gods" (AS 50). Eight gods are named in the Kull stories (if we count The Unnamable One/Black Shadow, The Great Scorpion, and The Serpent God), mostly in oaths. "Valka!" is used alone 18 times, "by Valka!" 21 times (making it the most popular oath in the series), "in Valka's name" 8 times, "Valka's name" (without "in") 3 times, and "name of Valka" once; Kull swears by "Valka and Hotath" 5 times in "Delcardes' Cat" (the only story in which that particular formulation appears), and by "Valka, Honan and Hotath" in "Swords of the Purple Kingdom" and "Valka, Honen, Holgar and Hotath" in "Riders Beyond the Sunrise" (not REH's title, probably Lin Carter's, but a good one, given the repeated litany REH uses in the story). In all, the name Valka appears 67 times; the next closest contender for being a major deity is Hotath, whose name appears but 8 times. In only one story, "The Skull of Silence," is Valka's name unmentioned.

In times of stress, one tends to revert to the instinctive, and the most likely oaths to escape one's lips are those that are most deep-rooted, i.e., those that we grew up with. Thus it is telling that, while 43 of the mentions of Valka's name are from Kull's lips, he is invoked 16 times by Brule and once by Ka-nu, both Picts; once each by Tu, Ridondo, Thuron of The Black Shadow, and an unnamed Valusian; and by two Zarfhannians. As noted above, the Atlantean Khor-na speaks of Valka as the creator of mankind. Atlanteans, Picts, Valusians, Zarfhannians, all seem more naturally disposed to utter the name of Valka than of any other deity. Thus I think I am justified in making my statement above that Valka was "almost universally" recognized as the primary deity.

When Kull swears "Valka, Honen, Holgar and Hotath!" (RBS 162), his Valusian councilor, Tu, shudders at the blasphemy of "mingling deities with heathen gods." Since Tu was present on four of the five occasions (in DC) that Kull swore by "Valka and Hotath!" and no mention is made of disapproval, we might infer that Hotath was at least a respectable deity who could be mentioned in the same breath as Valka. But only the girl Nalissa is there when Kull swears, "Valka, Honan and Hotath!", and they are prisoners of the conspirators, so she's not in a mood to be thinking about whether he's blaspheming or not. (By the way, I'm rather assuming that Honan and Honen are the same god, just variant spellings). So I'm left thinking that certainly Holgar is probably a "heathen god," possibly "Honen/Honan" is, but that Valka and Hotath are probably "deities" in Tu's mind. So what about Helfara, mentioned only once (in RBS 166): "Helfara and Hotath damn my soul to everlasting Hell if I wreak not my vengeance on Fenar!" swears Kull. Perhaps Helfara is a consort of Hotath?

Hell is mentioned about 9 times, Paradise only once (when Kull asks the ancient in "The Striking of the Gong," "But what place is this? Is it Paradise or Hell?"). Seno val Dor says he has "moved high heaven" to try to get permission to marry his lover, but I don't count that as a reference to the place associated with the afterlife. And I am tempted to discount some of the Hells, since not all seem to be referring to the place where sinners get their comeuppance, but it's impossible to tell in what sense it's used, generally. Basically, given the question in "The Striking of the Gong," and the above remark about damning his "soul to everlasting Hell," we'd have to allow that Kull probably has some vague belief in an afterlife; and the remark in "The Skull of Silence" that Brule's instinct is to "follow the king, though the trail led to Hell" suggests that the Pict, too, believes something of the sort. Add to the idea of an afterlife of souls the experience that Kull has (hallucinates) in "The Striking of the Gong," and it's pretty clear that he believes in an eternal soul.

Of other religions, the only cults specifically referred to in the series are those of the Serpent, The Black Shadow, and the Great Scorpion. The serpent men, after their defeat by the men of the Younger Earth, introduced the worship of the serpent god to a gullible mankind, and serve as its priests. Highly secretive, they are a subtle and immensely powerful cabal, often using their ability to transform themselves into the likenesses of men to dispose of mankind's rulers and govern in their stead. Brule notes that, being "blind fools," "people bow again to the new serpent god"; of course, at the end of the story Kull pledges to root the serpent men out and destroy them once and for all. Whether he was successful or not we do not know. In "Delcardes' Cat," Thulsa Doom is said to hate Kull because "he is a satellite of the great Serpent whose power you broke" (DC 79). On the other hand, in "By This Axe I Rule!" Kull bewails the fact that the people are turning against him: "They have put a statue of Borna, that dead swine, in the Temple of the Serpent, and people go and wail before him, hailing him as a saintly monarch who was done to death by a red-handed barbarian"; he notes that people come to the Temple to burn incense to Borna's memory. Obviously, then, the Temple of the Serpent is still doing business openly in the City of Wonders.

The cults of The Black Shadow and The Great Scorpion are each mentioned only in the very short story, "The Altar and the Scorpion." In the first line of the story, the youth who is its protagonist, and never named, wails "God of the crawling darkness, grant me aid!" A crystal image of a scorpion upon a golden altar, beneath a lapis lazuli ceiling upheld by marble walls -- this doesn't sound like a down-at-the-heels god. But Thuron, high priest of The Black Shadow, calls him "A forgotten god, a deity remembered only by children and women" (AS 50); "What fools to pin your faith on a god whom men have long since ceased to worship! Who has not even a priest to attend him, and who is granted a shrine only because of the memory of his former greatness; who is accorded reverence only by simple people and foolish women" (AS 50-51).

Thuron is leader of a cult of priests "who have defied (Kull) and still offer human sacrifice to the dark elder gods," and Kull is on his way to smite them. But the youth and his girlfriend are slated to be a last meal for The Black Shadow before the king can arrive. They have come to the shrine of the Great Scorpion because of a promise made to an ancestor of the youth. Unfortunately, Thuron has followed them, and with his "incredible strength" is able to capture and bind them with ease. Then he sermonizes: "The real gods are dark and bloody! Remember my words when soon you lie on an ebon altar behind which broods a black shadow forever. Before you die you shall know the real gods, the powerful, the terrible gods, who came from forgotten worlds and lost realms of blackness. Who had their birth on frozen stars, and black suns brooding beyond the light of any stars. You shall know the brain-shattering truth of that Unnameable One, to whose reality no earthly likeness may be given, but whose symbol is -- The Black Shadow!" Then a scorpion gets him. Serves him right, The Black Shadow sounds more like a pulp superhero than a god.

There are a very few generic references to "the gods" scattered throughout the stories: clearly there were many local gods worshipped in Kull's time. Brule swears "By the gods of the seas!" (SK 34). Another interesting concept: in "The Mirrors of Tuzun Thune" Kull wonders if his thoughts come and go "at the bidding and ruling of -- of whom? The gods? The Women who wove the webs of Fate?" (MTT 151)

In actuality, metaphysics plays a much larger role in the Kull stories than does religion, particularly in the stories "The Skull of Silence," "The Striking of the Gong," and "The Mirrors of Tuzun Thune." Kull loves philosophical speculation, much as his creator did; Howard's letters to Clyde Smith were full of such stuff. And really, as far as metaphysical musings go, it's not bad stuff. All three stories show the influences of the Eastern mystics Howard was reading in his early to mid twenties. "The Skull of Silence" is one of Howard's most fascinating stories conceptually, as far as I'm concerned.

But that is philosophy, rather than religion. For now, let us conclude that you should change your entry on Kull to read, "Gods: Valka is the major deity. Hotath, Honan, Holgar, Helfara are perhaps minor Atlantean gods."

References:
Kull, Bantam Books, 1978
SK = The Shadow Kingdom
EA = Exile of Atlantis
AS = The Altar and the Scorpion
RBS = Riders Beyond the Sunrise
DC = Delcardes' Cat 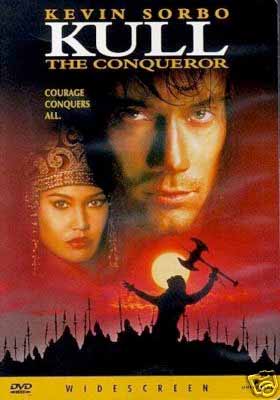 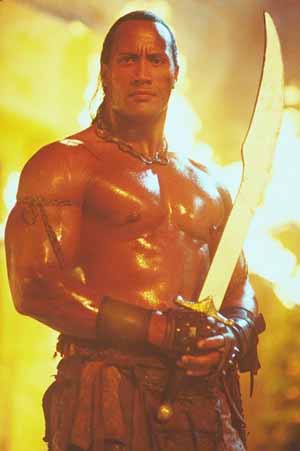 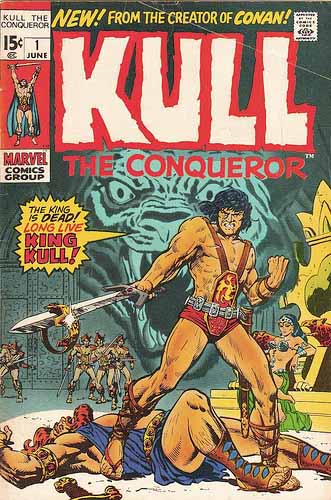 The Savage Sword of Conan