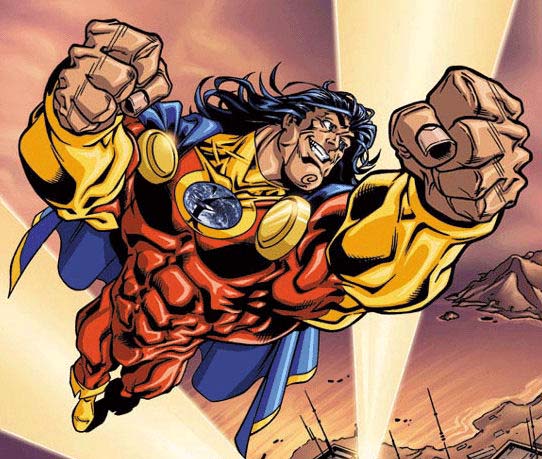 The Religious Affiliation of
Atlas

The traditional Greco-Roman deity Atlas was adapted by Darren G. Davis (creator of "10th Muse") as a modern-day super-hero. Prior to the publication of Atlas #1 by Avatar Press in 2002, featuring this character, there was definitely an "Atlas" backup story (or preview story) published in 10th Muse (vol. 1) #7. This feature was promoted on the cover. This was the first appearance of the "Atlas" character from Image/Tidal Wave Studios in a starring, title role. However, we believe that Atlas appeared earlier in the 10th Muse series, in issue #1, as a supporting character in the "10th Muse" mythos.