Enemy of: The Riddler

Note: murdered by Riddler as part of clue to Batman

Batman's recurring foe the Riddler has a compulsion to send Batman clues before committing crimes. In Batman #292 (Oct. 1977) the Riddler delivered a clue to Batman in the form of this riddle:

Shall we play the Riddler's game--
With meaning changed, but word the same?
Then find the founder who found fame,
Before he founders in his name!

The murder victim's name, however, was only part of the riddle. Commissioner Gordon asked Batman, "What about the rest of the riddle -- 'The founder who found fame'?

John Sholes was only seen as a corpse in this story, and nothing further was revealed about this unfortunate Gothamite. 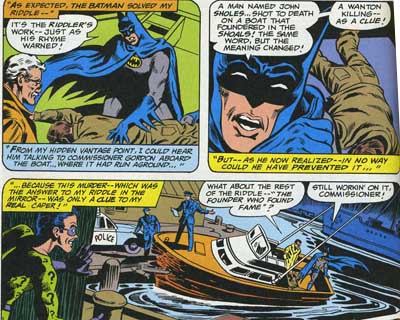 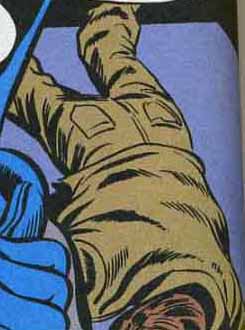 Suggested links for further research about this character:
- https://www.comics.org/issue/31496/
- http://comicbookdb.com/issue.php?ID=17791