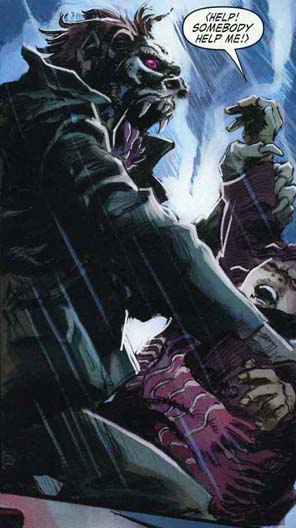 The Religious Affiliation of
Frankie

Frankie was a U.S. soldier stationed in Bastogne, Belgium in 1945 (during World War II). Captain America and Bucky heard screaming and found Frankie, already turned into a vampire, confronting the young child Esme Georses. Captain America fought Frankie and decapitated him to end his miserable undead state. Only later did Captain America realize that Frankie had not attacked Esme, it had been the other way around. The child Esme was the one who had turned Frankie into a vampire in the first place. 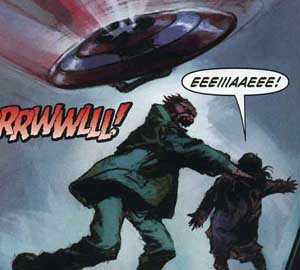 Suggested links for further research about this character and the character's religious affiliation:
- http://www.comicbookbin.com/Captain_America_601.html
- http://comicbookdb.com/issue.php?ID=174487