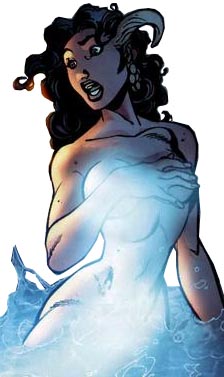 The Religious Affiliation of
Amissa

Amissa is a Trellion, a native of the alien planet Trell. Amissa was the beloved of Titannus, the Skrull "super-soldier" who plagued Earth's heroes, as depicted in volume 3 of Marvel Team-Up.

Ultimately it appears that Amissa's race, the Trellions, used Titannus in a plot to conquer Earth. The degree of personal complicity by Amissa in all this is unclear. In fact, Amissa's history with Titannus in general remained ambiguous. It was not necessarily even clear whether Amissa was Titannus' lover of her own volition, or his prisoner. She was inert and on his starship in most of her appearances. 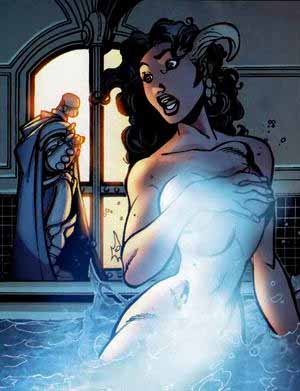