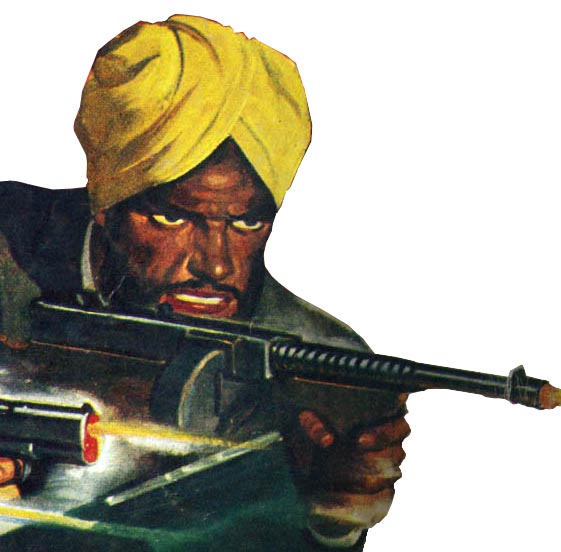 The Religious Affiliation of
Ram Singh

Note: assistant of the Spider

Ram Singh was a major supporting character in The Spider pulp novels. He was originally explicitly identified as a Hindu, but before long the author of the series changed him to a Sikh.

There was apparently never any sort of "religious conversion" written about. The writer simply decided to stop portraying Ram Singh as a peaceful Hindu and begin portraying the character as an adherent of religion that was (in his mind) more violent: Sikhism.