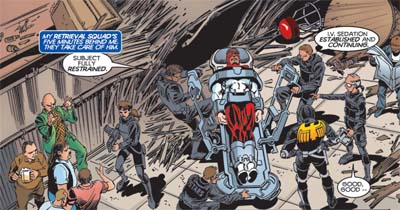 For example, when U.S.Agent hunted down the escape super-villain Piledriver, he engaged the villain in battle and knocked him unconscious. Soon thereafter, the Retrieval Squad showed up on the scene with technological equipment to secure the superhumanly strong villain.

S.T.A.R.S. agent Farley Mowat was part of the Retrieval Squad and seemed to be one of its leaders, as he answered directly to U.S. Agent.

Prominent S.T.A.R.S. agent Allie Magruder was apparently also part of the Retrieval Squad, although she was more frequently seen operating out of S.T.A.R.S. headquarters.

U.S.Agent's Retrieval Squad was glimpsed a few times in the 3-issue Maximum Security limited series. But after that, any distinction between this sub-group and the broader S.T.A.R.S. agency seems to have been forgotten or ignored. Mowat and MacGruder are most commonly thought of simply as having been part of S.T.A.R.S. 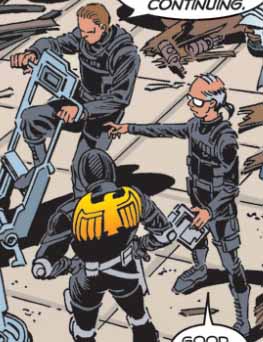 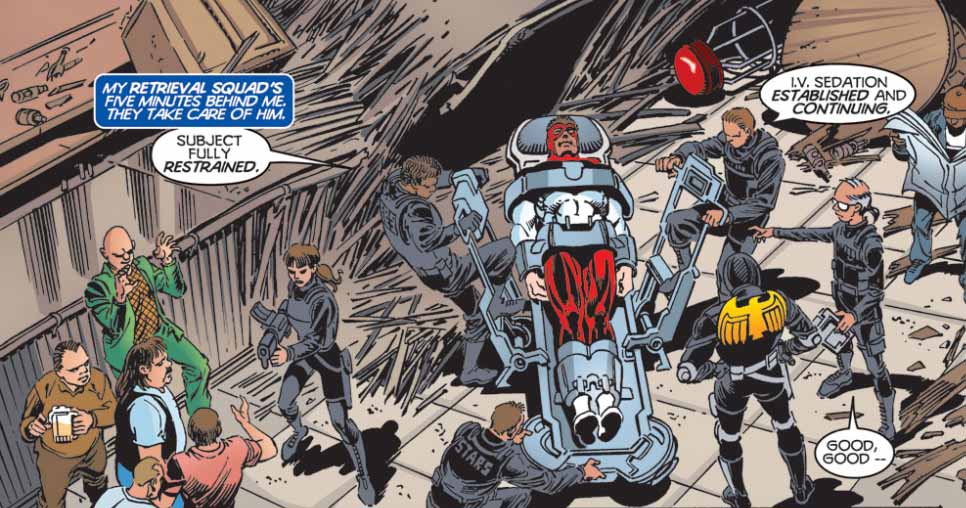