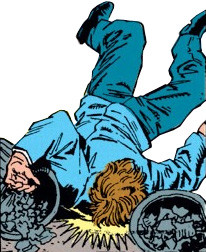 Donald worked at one of New York City's most exclusive restaurants. The villain known as Crossbones wanted to sneak into the restaurant, while on an (unsuccessful) mission to assassinate Wilson Fisk, the Kingpin. Crossbones went to the kitchen entrance of the restaurant, kicked the door and shouted: "Hey, Luigi! Pizza delivery!"

Restaurant worker Donald said "What? There is no Luigi here."

But Donald opened the door. Crossbones immediately grabbed Donald and threw him out of the restaurant onto a pile of garbage in the back alley.

Another restaurant worker said: "Donald--? Who's--?"

Before the other restaurant worker could finish his sentence, Crossbones silenced him by throwing a dagger at him, probably killing him.

Crossbones proclaimed: "Wait your turn, pal. There's plenty of death to go around." 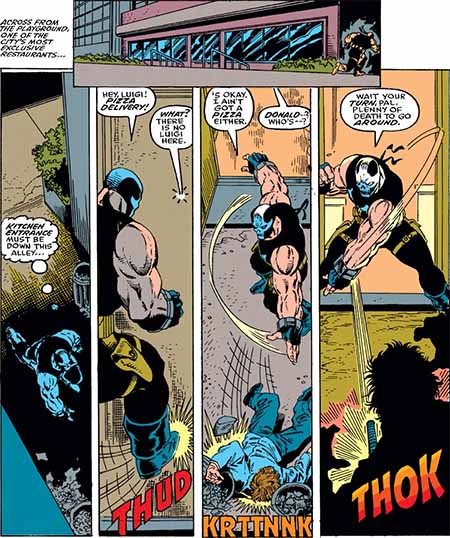 Suggested links for further research about this character:
- http://marvel.wikia.com/Captain_America_Vol_1_376