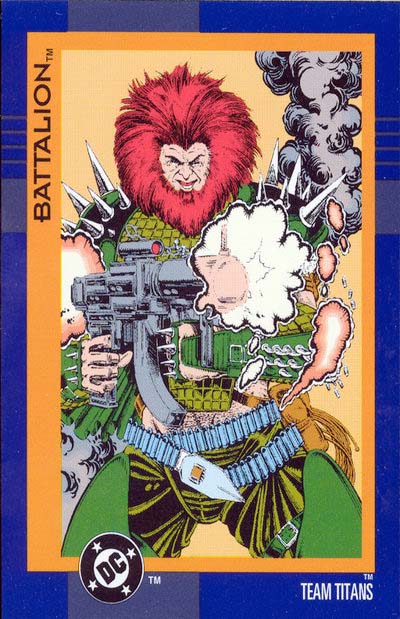 Other Names: Drill Sargent from Hell

From now-defunct web page at http://www.titanstower.com/source/whoswho/battalion.html:

Battalion Quick Bio: Battalion became leader to the Team Titans after his own family was brutally slain by Lord Chaos. A self-described "drill sergeant from Hell", battle-worn Battalion trained the Teamers in battle. Battalion was erased from time during the Zero Hour time crisis.

Fight For The Future

Lyons (Battalion's real name; his first name never revealed) was a concert pianist with a lovely wife named Essie and two children. Chaos had outlawed music but Lyons (or, Battle Lion, as the media had dubbed him) continued to perform. Chaos also found Lyons' genetic mutation to be an affront to nature. At one concert, Chaos interceded and slaughtered Lyons' wife and children before his eyes.

Lyons vowed revenge on Chaos and joined the rebellion. Lyons, now dubbed Battalion, became the ‘drill sergeant from hell' to the Team Titans, a resistance force in Chaos' world. He worked with the future-Nightwing in training these young warriors.

Shortly thereafter, the Team Titans leader gave the team a mission: travel 10 years into the past to stop Chaos from ever being born. To accomplish this, the Teamers were assigned to kill Donna Troy before she would give birth to the child who would become Lord Chaos! The Teamers successfully traveled to the past and came into conflict with the Titans. During the conflict, Battalion also traveled to the past. Donna gave birth to her son before the Teamers could intervene. However, the Titans and the Team Titans were able to stop Chaos and spare Donna's life at the same time.

At one time, the Teamers searched for their counterparts in this timeline. Battalion tracked down his future-wife, Essie, only to find she was engaged to another man. Battalion became obsessed with this timeline's Essie, to the point of unconsciously becoming a stalker. He was eventually able to talk to Essie and lay his feelings to rest. This timeline's version of his wife was not the woman he knew.

A mysterious woman named Kole also entered Battalion's life. This "Kole" seemed to be the same Kole who allied herself with the Titans and perished in the Crisis on Infinite Earths. Kole made references to being ‘nothing alive' - the implication being she may have been a ghost of some sort. She had some sort of bond with Battalion that was never made clear; she disappeared after aiding the Teamers.

Battalion also started to develop feelings for Donna Troy. But before he could sort out these new feelings, the Teamers lives were disrupted by the time crisis known as Zero Hour. It was then revealed that the Team Titans leader in the future was the villainous Monarch - who created a false future world so he could train meta-humans (The Team Titans) to act as sleeper agent assassins. He knew of the impending time crisis, and wanted a super-powered army at his command. The time-villain Extant commanded all the Team Titans to attack the heroes who were trying to unravel this time crisis. His plan was thwarted; the heroes contained the Teamers. Time continued to collapse, erasing the false timelines that had emerged. As a result, all the Team Titans were erased from existence.

The rest of the Team Titans, including Battalion, ceased to exist altogether. It is unknown whether some version of Battalion has or will exist in this timeline.

Battalion possesses enhanced speed, strength and durability. He is also very knowledgeable with all sorts of weaponry.

Artist Kevin Maguire on Battalion [from The Titans Companion, 2005]: "Battalion, I remember that. [...] I remember that someone else - I forget who it was - had done a design of him, and basically he was just a shirtless guy with a blonde crew cut, and I [thought], “Battalion? I don’t know.” I just thought of “battle”and “lion,”and went from there."

Writer Marv Wolfman on Battalion: The writer calls Battalion "the drill sergeant from hell" and says, "He's the one who put them all together in the future. He and Donna Troy are at war over control of the group."

Sources for this entry: DC Who's Who Binder Series supplemented by titanstower.com

Total Chaos: New Titans #90-92, Team Titans #1-3, Deathstroke #14-16 [1992]: The Team Titans have been sent to the past to kill the pregnant Troia before she gives birth to her son, who could become a god-powered dictator named Lord Chaos in the future. Battalion emerges from the future to join the battle. The Team is defeated, and Troia, having lost her powers, gives birth to a normal baby boy. First appearance of Battalion in Team Titans #2.

Team Titans #4-5 [1992-1993]: As Judge and Jury come into conflict with Metallick, Battalion enters the fray. Battalion's ties to the Judge lead to revelations about his past. Meanwhile, the Teamers settle in their new home at Donna Troy Long's farmhouse. Origin of Battalion in issue #5.

Team Titans #6 [1993]: The Team Titans celebrate the holidays, by going in search of their pasts, here In the present. Battalion tracks down his future-wife, Essie, only to find she is engaged to another man.

Team Titans #11-12 [1993]: Battalion decides to set things right between his wife, Essie, and himself. Just one little problem: she's married to someone else in this time. As Battalion confronts Essie, Kole appears and helps him realize it isn't the same woman he knew. 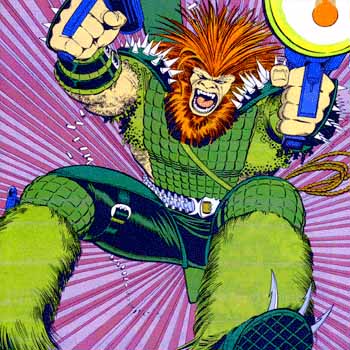 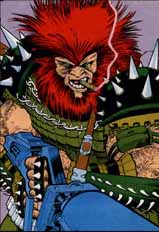