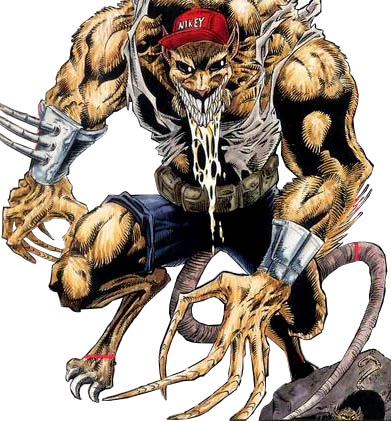 Ah... besides some characters for S.Y.S.T.E.M. and creating the matriarchal structure for their org, and designing some of the other later members who never got to shine (TEMPLO and MISTRESS MERCY), I guess we should talk about Boogieman. He was that sewer crawling creepy guy that was kept in the background. Well... it was time to add him since he was going to debut in the 3rd issue. There was a mandate from DC that we needed a white character. Of course that was going to happen, but it was surprising to hear it said out loud. So, we started thinking. I came up with some sketches and a werewolf type guy... make him a rat man. He was going to be the "stereotype" of a hip hop character. He would carry a boom box with him as he travelled the sewers, and that how we knew he was coming, because we'd hear his music. I wanted to make him Marky Mark... and Jewish... all the more to deal with his issues and the whole "vermin" thing from the Holocaust. His issues would be as messed up as everyone else. He'd be a self hating white Jewish boy who would hide his identity to be down with everyone. No one would know but his little buddies, the sewer rats who were enhanced by the Big Bang event (thank you, Secret of Nimh). I was dreading writing this character... but after I sketched him out, I realized that it would be a lot of fun. I gave him the backwards cap, gold chains and biker shorts (thank you, Vanilla Ice). Denys looked at the sketch and made him beefier and scarier and Boogieman was born. 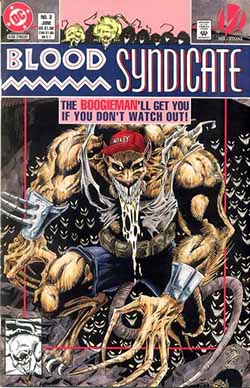 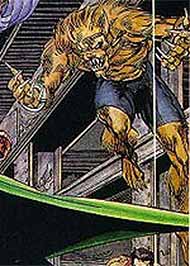 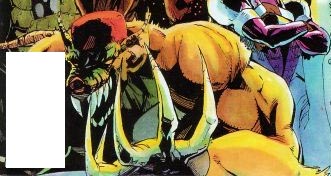 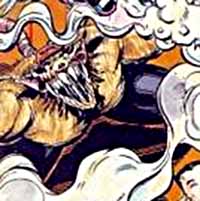 This character is in the following 42 stories which have been indexed by this website: