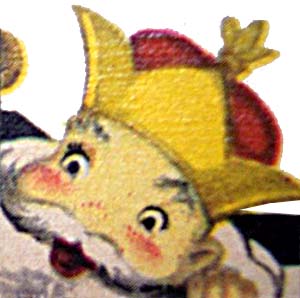 "The King" is the king who is mentioned in the traditional English nursery rhyme "Humpty Dumpty." The third line of this rhyme, as we known it today, is as follows: "All the king's horses and all the king's men."

In some depictions of this nursery rhyme, both filmed as well as pictoral, Humpty Dumpty himself is envisioned as "the king." But the nursery rhyme itself does not state that Humpty is the king, and most interpretations of the rhyme do not present him as such.

Various theories exist regarding the origin and meaning of the "Humpty Dumpty" nursery rhyme. In 1930, Katherine Elwes Thomas advanced the theory that Humpty Dumpty is King Richard III of England. 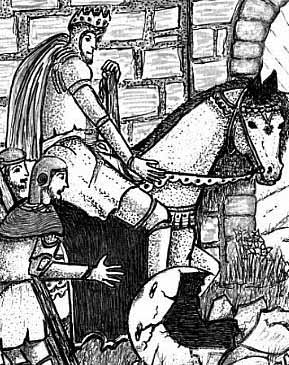 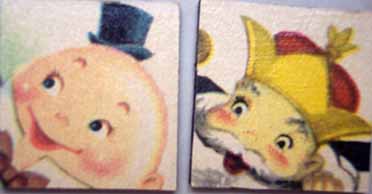 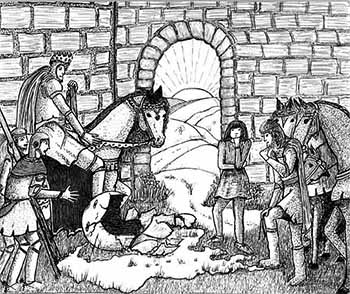 Suggested links for further research about this character:
- http://en.wikipedia.org/wiki/Humpty_Dumpty