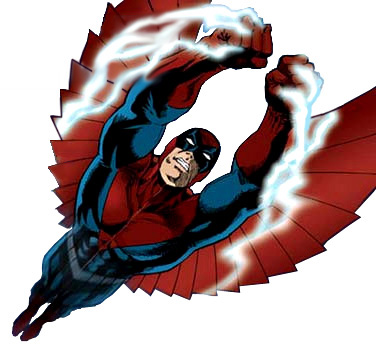 Thunderbird (a.k.a. Eric Siegel) is a super-hero who first appeared in comic strip written and drawn by Bill Galvan as a student at Southern Utah University in 1992.