The Religious Affiliation of
Dickie Duck

Dickie Duck was featured in a short gag strip which appeared in New Comics #1 (the first issue in the series that would become DC Comics' long-running Adventure Comics series).

Dickie Duck was not the most sensitive talking duck. Much of what he said was offensive to fat people. 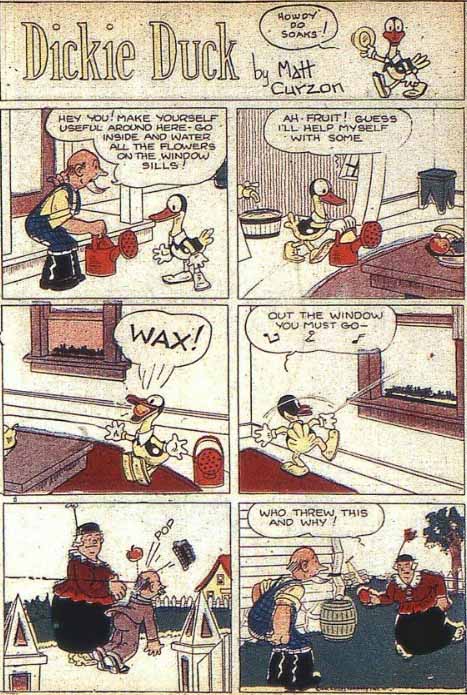