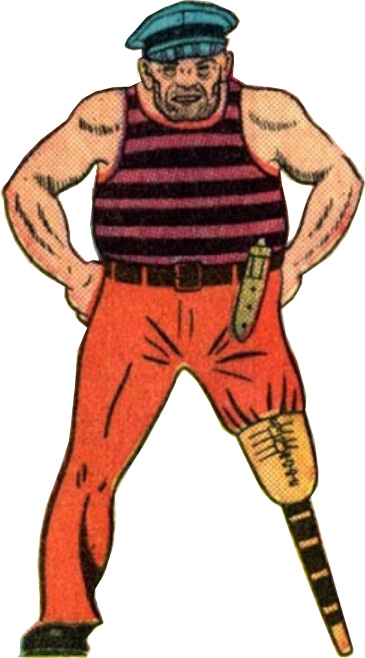 Enemy of: The Mouthpiece

Captain Peg-Leg Friel was a particularly brutal and nefarious human smuggler. He smuggled illegal immigrants from Europe into the United States. He hid them in fish carcasses! But that was not the worst of it. In order to avoid getting caught, the ship captain chained the would-be immigrants together. If the smuggling enterprise was spotted, Captain Friel had his crew throw every man and woman they were smuggling overboard, to drown in the ocean.

In his first adventure as a costumed vigilante, The Mouthpiece investigated Captain Friel's operation and eventually killed the smuggler with a harpoon. 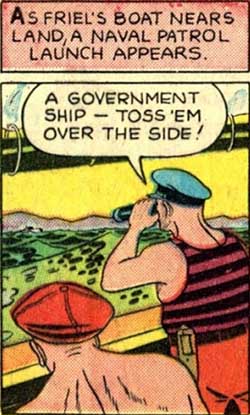 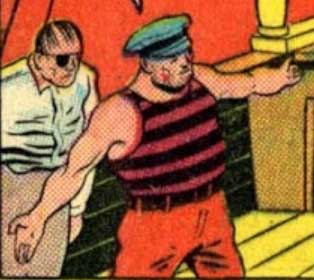 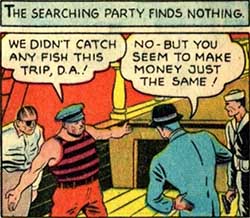 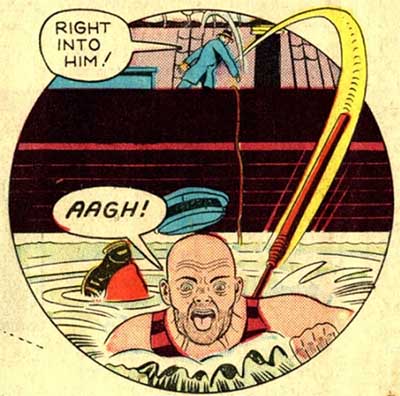