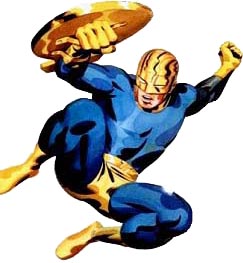 This record for the "Guardian" (Jim Harper) is has NOT been separated into two separate records (indicating two separate separate character), one for the original and one for the Guardian who is the first clone of Jim Harper. The clone Jim Harper/Guardian character first appeared in Superman's Pal Jimmy Olsen #135 (Jan. 1971). Both versions of the character are regarded as a single character because the original Jim Harper's consciousness was put into the cloned body of himself in order to save his life. The clone really is the same person, simply with a new, younger version of his same original body.