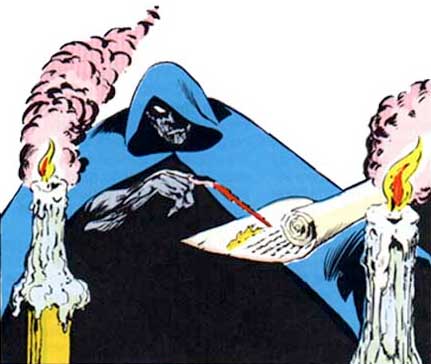 The Religious Affiliation of
Chthon

Other Names: Demon of the Darkhold; The Other; the Great Shadow; Satan

Enemy of: Modred the Mystic, The Avengers

Chthon is a demonic deity who is one of a group of such beings known as "the Elder Gods."

One manifestation of Chthon is "The Other." The Other is an Earthly aspect or elemental host of Chthon which is closely associated with the Darkhold. Marvel Chillers #1 is the first appearance of Chthon as "The Other."