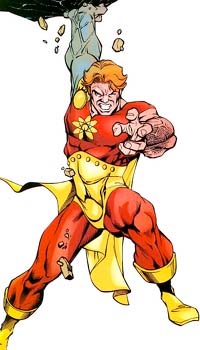 The super-hero Hyperion, whose secret identity is "Mark Milton", is a member of the Squadron Supreme, originally introduced as the preeminent super-hero team of Earth-712. This character first appeared in Avengers (vol. 1) #85.

This character is in the following 24 stories which have been indexed by this website: