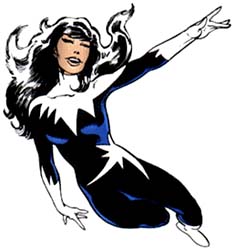 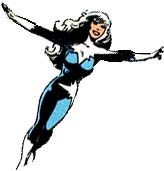 Here's some for future reference that aren't in Heroclix yet.

Firebird's is Catholic. Punisher was Catholic (I'm not sure now). Aurora from Alpha Flight is very Catholic in one of her split personalities. Dagger is Catholic (not sure about Cloak)...

One of Aurora's personalities was a nun.

The other day I was thinking about religion and comic books... What I'm interested in is the way religious characters are portrayed in comic books...

I think the first step is listing what characters are what religion...

Aurora was raised by nuns, but they kind of screwed her up by beating her and calling her a blasphemer (I believe) when she told someone she could fly...

This character is in the following 64 stories which have been indexed by this website: