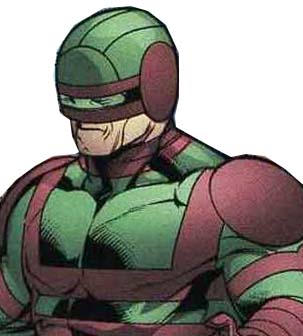 In Avengers: The Initiative #26 (Sep. 2009), the Ringer made a cameo appearance. Although not explicitly named in this issue, he was identifiable by virtue of how similar his costume appeared to how he looked in classic appearances. In this issue he wears green and red suit with a circular motif and a distinctive mask/helmet. In this issue, many super-villains responded to Norman Osborn's takeover of the 50-States Initiative by signing up for the program. As the Hood explained to Taskmaster, "When word got out about the new Initiative, plenty of cons wanted a seat on the gravy train. It's a smorgasbord of loses." The Hood explained his plan to use this new Initiative recruits in a suicide mission to "soften up" the alien invaders who had taken over the "42" prison complex in the Negative Zone. 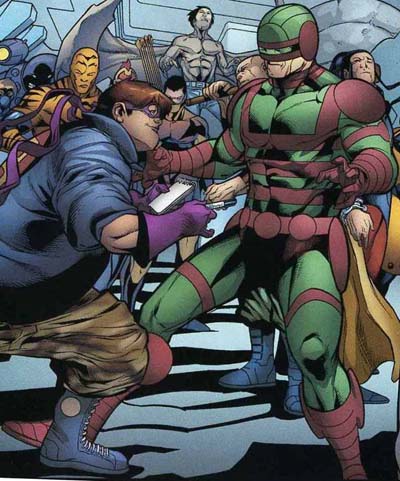 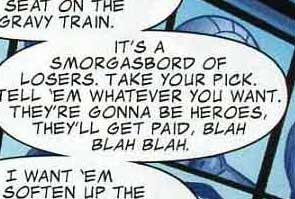