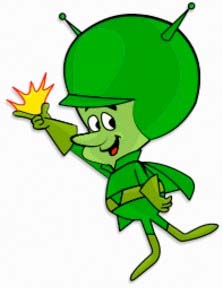 The Religious Affiliation of
The Great Gazoo

The Great Gazoo is an alien who was a significant recurring supporting character on the original incarnation of The Flintstones animated TV series. The Great Gazoo appeared in at least 10 episodes of this series.

The Great Gazoo was exiled to Earth because he created a doomsday machine which was capable of destroying the universe with the push of a button. He insisted that he had not intended to actually use the device. Still, one has to question his judgment.

On earth, the Great Gazoo became an acquaintance of the Flintstone family. The only people capable of seeing the Great Gazoo were Fred, Barney, and their children, because they believe in him.

The Great Gazoo was also the title character of an ongoing comic book series published by Charlton Comics. The series ran for 20 issues in the 1970s.

Beyond simply being a scientist, the Great Gazoo is clearly guilty of Scientism. In creating his doomsday machine, he placed scientific inquiry above all other considerations. In doing so, he demonstrated a complete lack of both logical thinking and humanity.

The Great Gazoo clearly possessed a brilliant scientific mind. He certainly knew he was brilliant and he prided himself on his intelligence, often castigating those around him (including Fred and Barney) for their relative lack of knowledge and intelligence.

But to what ends did the Great Gazoo focus his capabilities? Few characters in any fictional universe have ever demonstrated such destructive inventive potential. But The Great Gazoo's people did not herald him as a genius. They exiled him from their world entirely.

The Great Gazoo claimed to have created the doomsday machine on a whim. He didn't actually want to use it to destroys the universe (which might have marked him as a nihilist). He didn't want to use the weapon as leverage to gain any kind of political or ideological or even personal advantage. If we take him at his word, the Great Gazoo made this vastly destructive device purely in the pursuit of the scientific challenge.

Had the Great Gazoo done something beneficial or even mostly harmless purely for the pursuit of scientific knowledge (such as cataloging rare chemicals or charting the mating habits of a newly discovered insect), we might admire his single-minded love of scientific knowledge. But his willingness to put literally all considerations aside just to see if he can create something marks his philosophy as "Scientism" (not "science") in a very frightening, fanatical and archetypal sense. 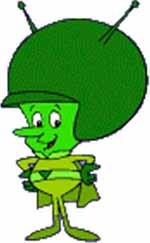 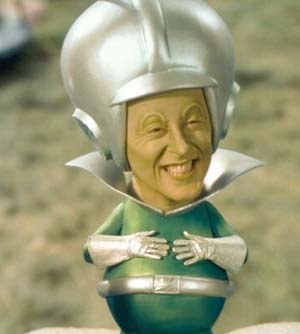