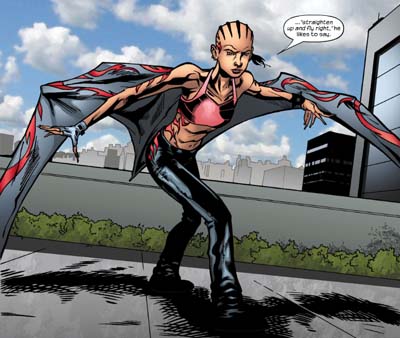 The Religious Affiliation of
Alecto

Alecto was the daughter of Gorgon, a member of the Inhuman Royal Family.

Like most Inhumans, Alecto was exposed to Terrigen mists, granting her super-powers and transforming her body. In Alecto's case, she has wings and the ability to fly.

Reyno belonged to the race of slaves known as "Alpha Primitives," who had served the Inhumans for centuries. The names of Alpha Primitives were rarely even known to Inhumans. Theirs was a largely anonymous race, taken for granted by their masters. Social mingling between Alpha Primitives and Inhumans was taboo. Reyno violated all kinds of taboos when he fell in love with the Inhuman woman Alecto. Not only was Alecto an Inhuman, she was the daughter of Gorgon, a member of the Inhuman Royal Family.

Alecto and Reyno were lovers, but when their relationship was discovered, they were forced to flee their native Attilan in order to stay together.

Reyno and Alecto sought refuge at the Baxter Building, headquarters of the Fantastic Four, a team of super-heroes who were longstanding friends of the Royal Family and Inhumans generally.

Ultimately, Alecto was forced to return to Attilan and disavow her relationship with Reyno. 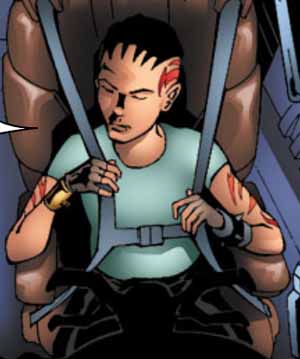 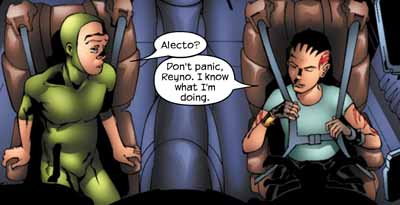