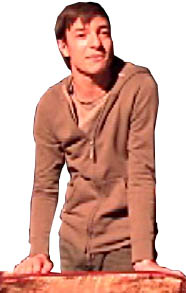 Note: introducer and metafictional "character" in play he wrote

The one-act play "Writer's Block" was written by Fargo Tbakhi and Jeff Darge. The play is actually based on themselves and their efforts to write a play. In a metafictional twist, Fargo and Jeff introduced the play when it was performed, without revealing the extent to which it was based on their own experience in writing it.

The writers of the play not only wrote a play based on themselves, they actually wrote themselves into the play. In the actual printed script, Fargo and Jeff's introduction is included, labelled "Prologue (Director's Intro)." In the script, Fargo and Jeff are identified only by their first names, but it is clear who they are. "Fargo" and "Jeff" in "Writer's Block" are not simply based on real people; they really are "real people," and they are portrayed by themselves. 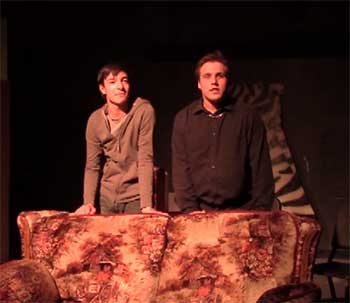