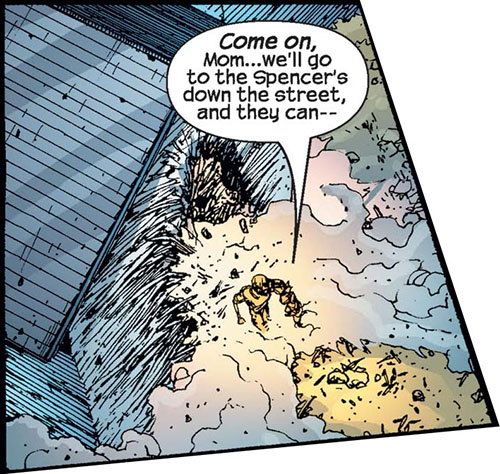 Other Names: the Spencers; Spencer family

Cain Marko (the Juggernaut) had befriended young mutant Sammy Paré, who was known as Squid-Boy. Marko went to Sammy's home in Vancouver to check up on him, because he was worried that Sammy's father Claude was abusive. Marko saw bruises on Sammy and became enraged, thinking that Sammy's father had been beating him. Sammy's mother pressed an emergency button she had that called in Alpha Flight, Canada's premiere super-hero team. There was a restraining order against Marko that legally prohibited him from going near Squid-Boy's family. Alpha Flight showed up and was attacked by Marko. During the battle, Sammy urged his mother to get away from the scene, which was destroying the Paré home. Squid-Boy urged his mother to go with him to the home of the Spencer family, a neighbor family.

Squid-Boy told his mother: "Come on, Mom... we'll go to the Spencer's down the street, and they can--" 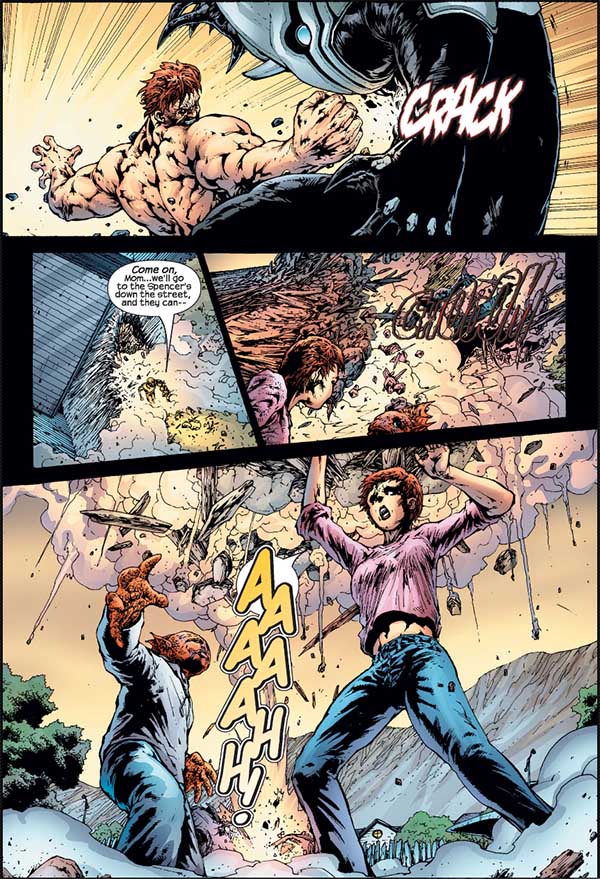