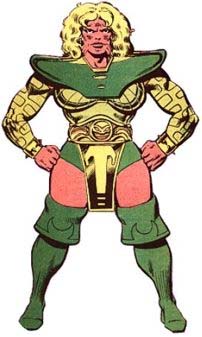 There is apparently some disagreement about whether the female villain named "Anaconda", who appeared in Marvel's Ultimate line of comics (first appearing in Ultimate Power #1), is or is not actually the "same character" as the mainstream (Earth-616) Anaconda (Blondie Sitznski). Clearly the "Ultimate Anaconda" character was inspired in part by Sitznski, although the Ultimate version is significantly thinner and more attractive. Despite some extant notions that this is a different character, we believe the Ultimate version is essentially Ultimate Marvel Earth's version of the same person.

This character is in the following 34 stories which have been indexed by this website: